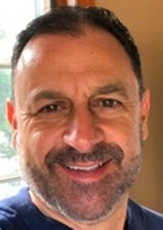 Frank Nappi is an award-winning American author whose literary talents span genres. Whether writing about the favorite American past-time, baseball, or psychological thriller, Nappi brings the reader on a memorable ride. With several novels under his belt, he has been lauded by fellow authors and applauded by audiences young and old. His novel, “The Legend of Mickey Tussler”, has been adapted into a television movie and “Echoes from the Infantry”, received the Silver Medal from the Military Writers Society of America. In addition, Frank writes music and collaborates with MP Music House out of Nashville, Tennessee. Frank has been a teacher of English and Creative Writing for over thirty years and hails from Long Island, New York. In his latest release, a memoir titled “I was an Elementary School Outlaw,” Frank chronicles his life, weaving us through an entertaining, thoughtful and engaging retrospect of the haps and mishaps of his elementary school life and its resonating impact. This work has already earned praise from fellow writers and is sure to make every reader a fan.