Neurosurgeon Susan Cosgrove Pritchard reluctantly takes on a 12-year old patient with a critical illness and resurrects her deceased father’s prior cancer research in an effort to save her patient. Little did she know that saving a young boy would bring her into deadly conflict with a predatory business tycoon and a powerful pharmaceutical industry, both of whom would stop at nothing to derail her, leaving the date of her young patient hanging in the balance. But giving up in the face of challenge did not win Dr. Pritchard her prestigious career and the respect of her profession. Talent and relentlessness did. Join her on her journey toward a light too far away. 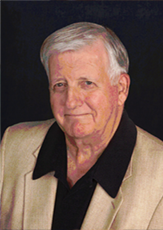 Other titles by John Chaplick include;

Forbidden Chronicles of a Roman Centurion